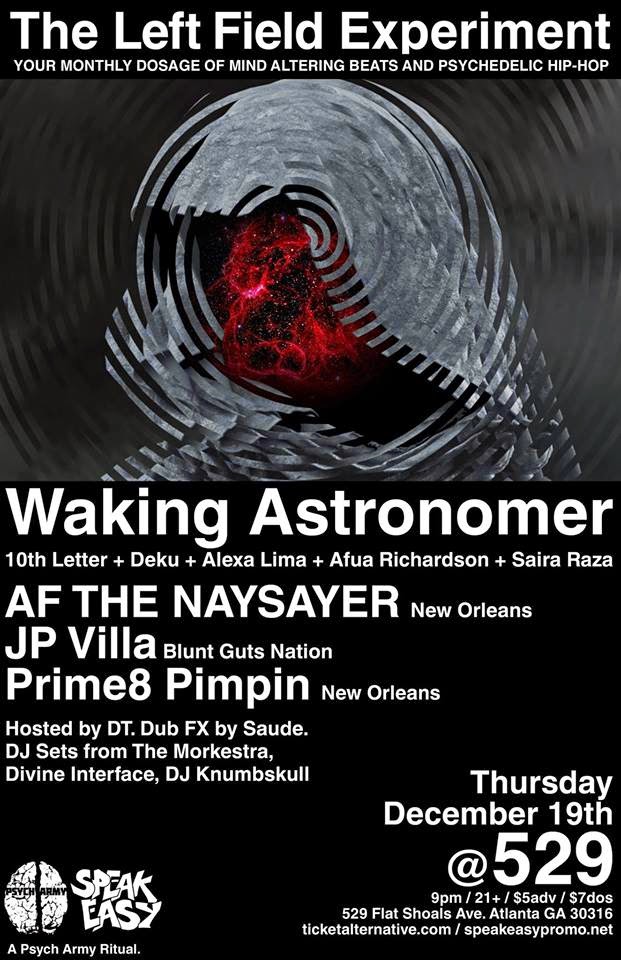 The Left Field Experiment: Your monthly dosage of mind altering beats and psychedelic hip hopWaking AstronomerDrawing from an eclectic arsenal of musical experience, alexa lima, Jeremi Johnson (AKA 10th Letter), Brett Leggitt (AKA Deku), Afua Richardson, and Saira Raza bring you a new project - Waking Astronomer. The group combines experimental beats with classical and jazz instrumentation including piano, flute, cello, vibraphone, and bass to name a few. The band will make its debut appearance at The Left Field Experiment at 529 on Thursday, December 19. 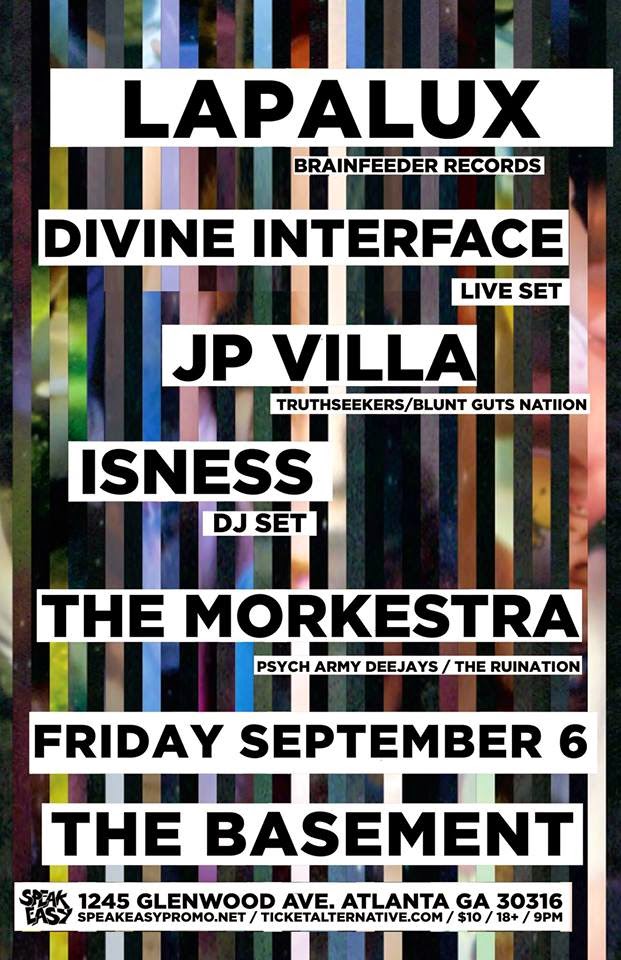 In a world in which upstart DiY talent is flooding the gates of electronic music, a few recent voices have been so strong as to be startling. Lapalux – AKA 25-year-old Stuart Howard – is certainly one such. As singular as a brilliant artist always should be, his instinctive understanding of the atmospheric power of texture grips the ear immediately on listening.

Lapalux was raised in rural Essex, midway between countryside and town; the classic, isolated hinterland that’s produced many a distinctive British voice. There’s a yearning sense to the record that it’s tempting to relate to the young Howard’s dreams about what his eventual escape into larger life might be. He certainly had a dream start when a shot-in-the-dark email to electronic hothouse Brainfeeder was immediately answered by label head Flying Lotus himself, who quickly moved on to sign him. To this day, Lapalux remains the only British artist on the Los Angeles based label.

Having made fans out of Diplo and SBTRKT, remixed everyone from Lianne La Havas via Crystal Fighters to Bonobo, Tawiah, AlunaGeorge and Speech Debelle, as well as supporting FlyLo and playing the main stage at Sonar and in Japan with Clark, it’s prime time for Lapalux’s debut full length on BRAINFEEDER. 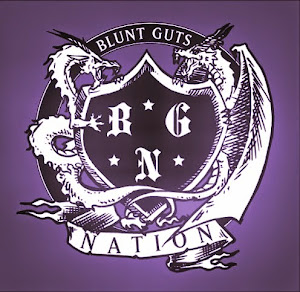